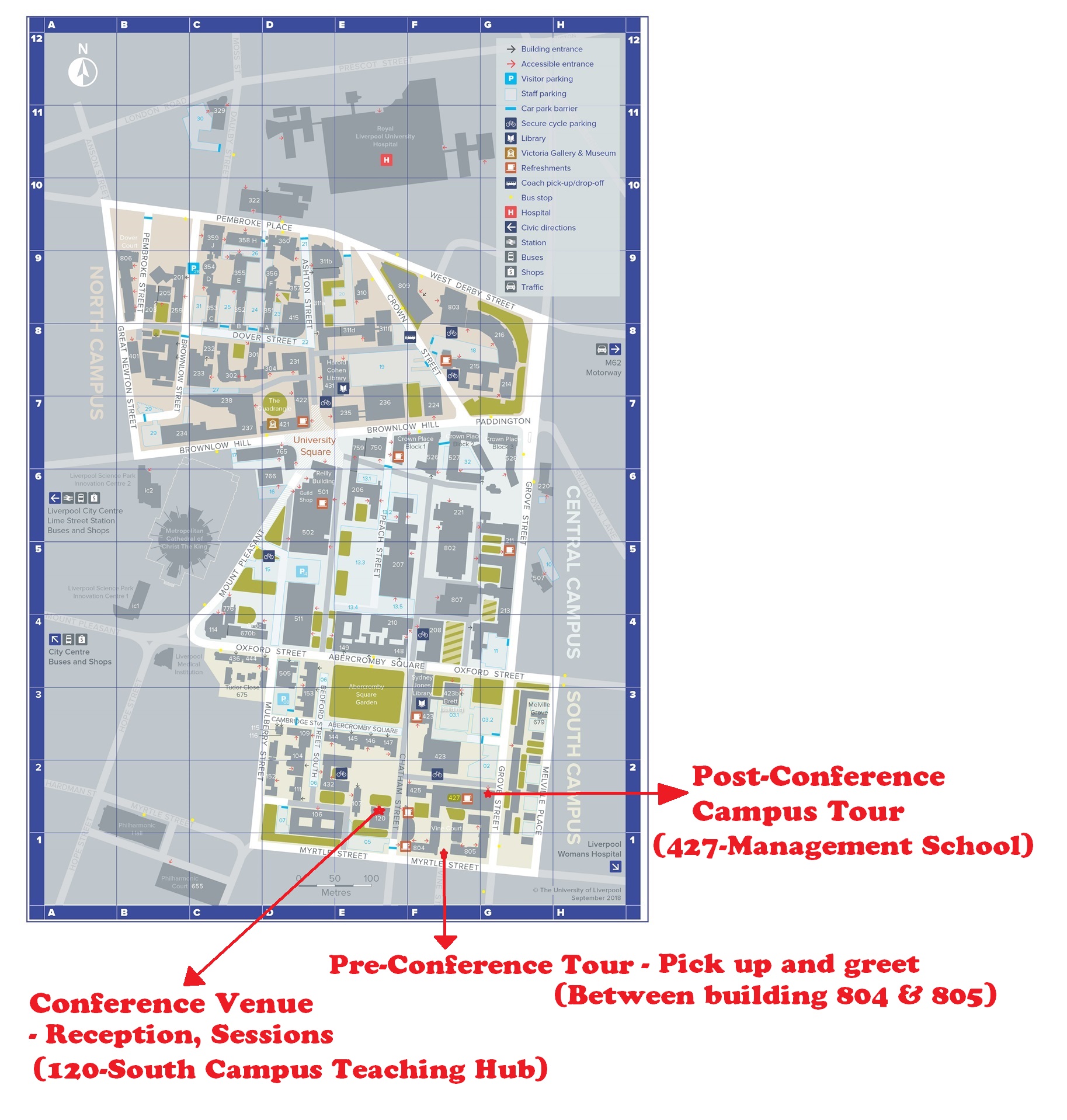 How to get here?

Two international airports serve Liverpool. Manchester International Airport is a 45 minute car journey to Liverpool City Centre and is also served by an hourly direct train service (journey time one hour). Manchester is a long-haul hub airport.
Liverpool John Lennon Airport is 20 minutes from the city centre and offers hundreds of direct flights from 60+ European cities, as well as several domestic airports. Liverpool is a ‘no-frills’ airline hub. KLM offers an Amsterdam-Liverpool shuttle three times a day which connects Liverpool with 650 world-wide destinations. Half-hourly bus shuttles connect the airport to the city centre, stopping at the major hotels and the main bus interchange. Metered taxis from the airport are plentiful (typically £12-£15 to city centre).

Liverpool is well connected by a dense motorway network (M62, M56, M57, M58). As with most city centres, chargeable parking is available but we would recommend that delegates arrive by public transport.

Virgin Trains operate 18 trains per day between London Euston and Liverpool Lime Street, taking just over two hours to arrive in the heart of the city from the capital. There are regular services between Liverpool and most other major UK cities.